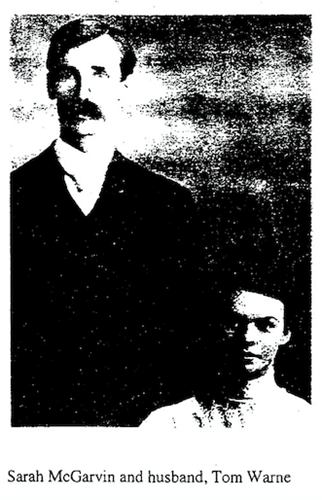 Sarah McGarvin was born May 30, 1883, in Orange County, California.  Known as “Daisy” among her eight graduation classmates and four teachers in Garden Grove School, she received her diploma on June 15, 1900.  At the age of 22, Sarah married John Warne who was noted in the “History of Orange County” as a rancher, entrepreneur, and farmer.  He and Sarah purchased and cultivated numerous acres of land in California including the forty acres of land where McGarvin Intermediate School is located.  Sarah as a devoted wife and mother had three sons: John, Henry and Thomas.  According to her son Thomas, she believed in education and encouraged her sons to succeed in their academic work and supported the local schools.

After passing away in 1948, Sarah was to be remembered as a kind, hard working mother and wife.  Her husband John later died in 1951, leaving his sons the land.  Developers began building tract homes, businesses, highways and schools, converting Orange County’s agricultural land in the 1950’s and 1960’s.  With the push for urbanization, the Warne brothers agreed to sell their land to the Garden Grove Unified School District intending to name the school after their father.  In order to avoid confusion with Warner Middle School, a nearby school operated by the Westminster School District, they did not use the John Warne and decided to use their mother’s maiden name instead.  In 1966, the school was dedicated to Sarah McGarvin. 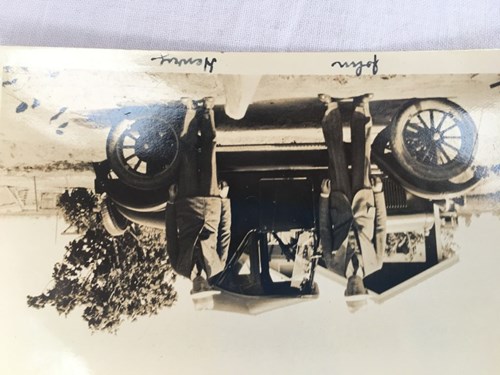 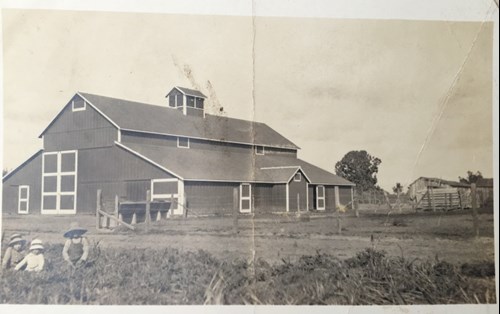